Maison des Vacances Cushions and Throws   Would you like to decorate your interior with quality homewares? Our range of Maison des Vacances throws and cushions offers the perfect solution. A French brand that was established in the heart of Paris in 1995, their quality products quickly earned them the reputation of providing some […] 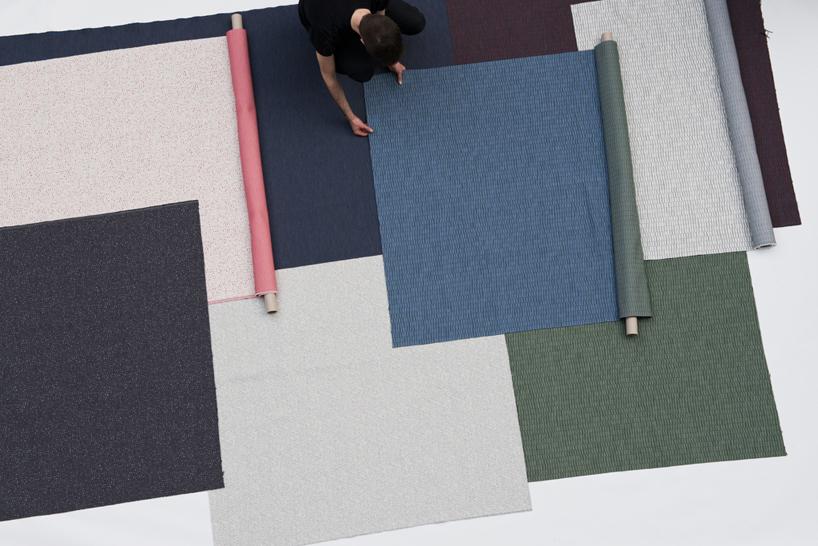 You may know we stock the clouds and the ready made curtains by Kvadrat, and Kvadrat fabrics are widely used in most high quality Scandinavian furniture manufacturers, Gubi, HAY and Muuto all use Kvadrat’s divina, hallingdal and steelcut in their designs.  The high quality of the weave, and of the raw materials, means this fabric lasts!

I have a Panton cone chair, purchased when I was 20 (that was a long time ago) which was a vintage piece then which is covered in Kvadrat Steelcut.   I used this chair for many years as a desk chair, superseded only when I got older and my back required more support!

We were excited to hear that the Bourellec Brothers are presenting a new collection of knitted and 3d fabrics at the Salone del Mobile 2014.  The fabric is  constructed using a  double jersey knit , revealing  new surfaces in its slightly quilted form, combining the flexibility properties and firmness necessary to upholster a variety of shapes by using less stitching points.

This will mean more flexibility in design of furniture, allowing furniture to be fully upholstered, including legs and frames.   More fun for us!!!

We love the work of Tanamachi Studios and have been following the Studio for quite some time.   Here’s a bit about Dana…

Dana Tanamachi-Williams is a Texas-bred, Brooklyn-based graphic designer and letterer who enjoys living a quiet life and working with her hands. After designing Broadway show posters at SpotCo and working under Louise Fili, Dana opened her own design & lettering boutique, Tanamachi Studio. She has been commissioned by clients such as Google, Yahoo!, Rugby Ralph Lauren, The Ace Hotel, Tommy Hilfiger, West Elm, and Bloomingdale’s. In 2011, she was named a Young Gun (YG9) by the Art Directors Club and a Young Creative to Watch by HOW Magazine. In 2012, Dana had the unique honor of creating custom cover art for O, HOW, and TIME Magazines, as well as an exclusive product line for Target in late 2013.

Are you looking for quality lighting solutions that match the unique styling of your space? Make a statement with a selection of Buster & Punch lighting and shades. With Buster & Punch, what used to be just a simple addition to your home has now become a focal point of your room. Creating lights […]

Cool…gormley at the white cube gallery 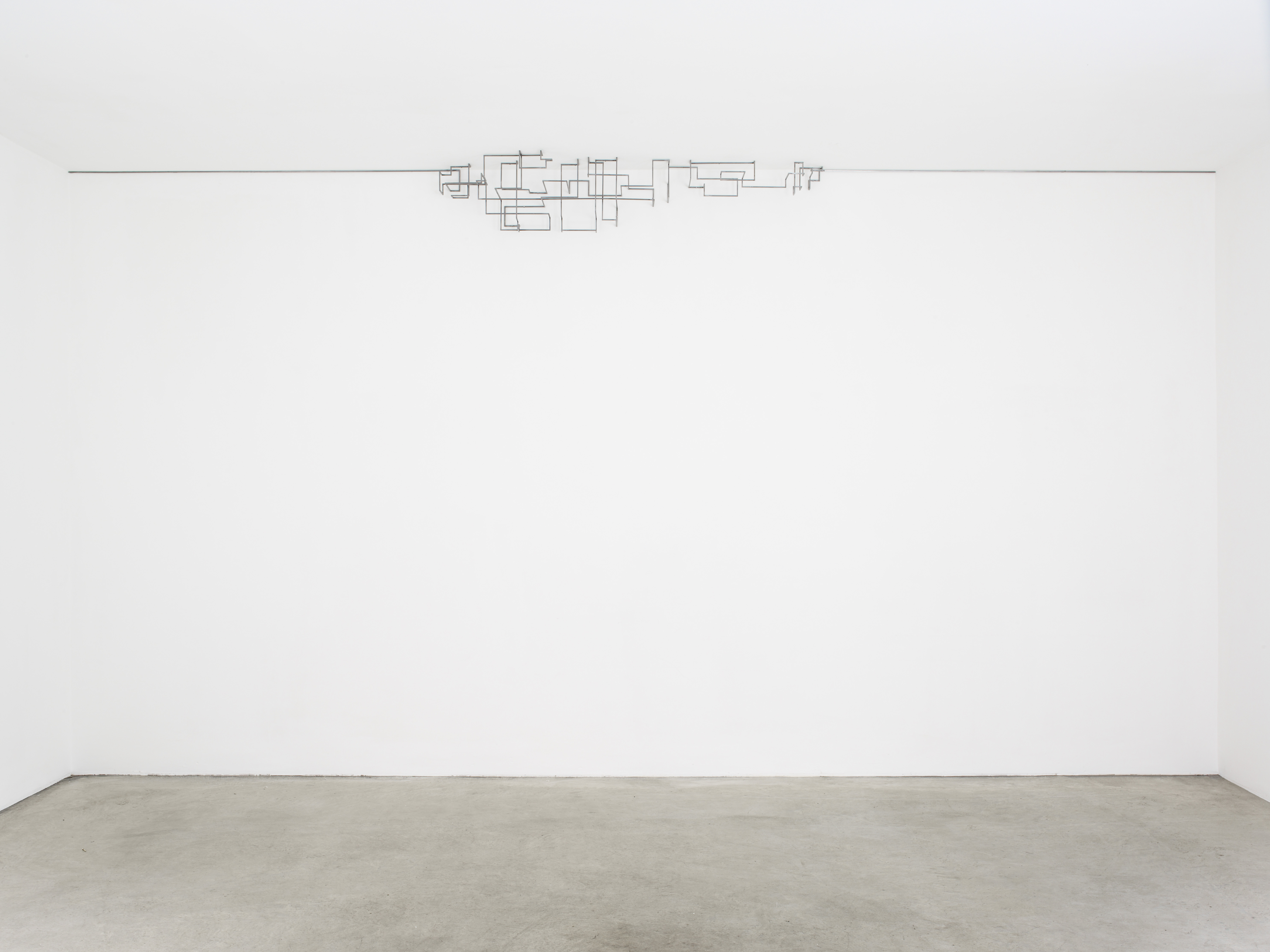 British sculptor, Antony Gormley, is one of the most spiritual and contemplative artists working today.  Though I had been following his work since I watched him put together a ‘Field’ in 1989 at the AGNSW, which unfortunately is not on display (but should be), I first felt a connection with his work when I saw a series of his figures in Lech.  Buried deep in the snow, the figures, surrounded by the mountains, seemed small, fragile and defenceless but also a part of the environment, leading us to question our place in the world.

From the 28th March, WhiteCube will be presenting ‘States and Conditions, Hong Kong’.  Again investigating a body’s  relationship to the spaces that surround us.   These  works will be installed within the architecture of the WhiteCube space, creating an awkwardness of movement around the works.  These works are linear in nature- interrupting spaces but creating connectivity between the ceiling and the wall.

There will be an artist’s talk on the 27th which unfortunately I will have to miss- but hopefully I can convince Molly to go in my place. 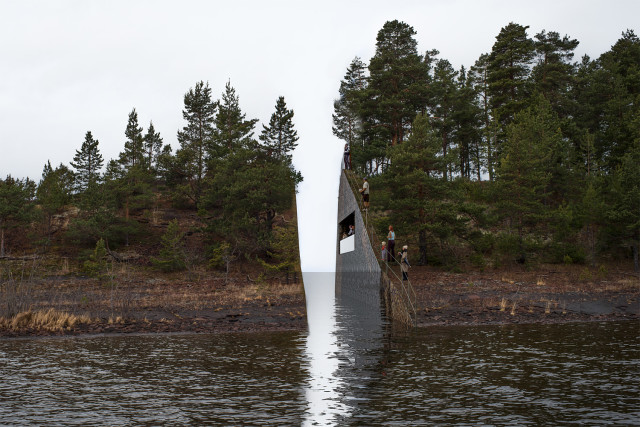 Memorials to tragedies are notoriously difficult to design well.  How do you  commemorate such loss?  Recently, Norwegian architect,  Jonas Dahlberg unveiled his tribute to the victims of the Utøya mass shooting.

On his first visit to the island, Dahlberg was profoundly affected by beauty of the environment :

“I noticed how different the feeling was of walking outside in nature, compared to the feeling of walking through the rooms of the main building,” he explains in a statement. “The experience of seeing the vacant rooms and the traces of extreme violence brought me—and others around me—to a state of profound sadness.”

But, outside, things felt different, as though nature was already in regeneration. “Although we stood directly on the very place where many people had lost their lives, nature had already begun to obscure all traces,” he explains.

He decided to concentrate on nature itself, carving out  a 70-foot-wide gap, separating the headland from the main island, creating a permanent scar on the landscape, rather than an bombastic memorial.

On the jagged edges of the cut, the names of those who died in the attacks would be inscribed into smooth stone. “The names will be close enough to see and read clearly, yet ultimately out of reach,” he says. “The cut is an acknowledgement of what is forever irreplaceable.”

Though we can argue that these sort of memorials only encourage this kind of disaster, for the families and friends of those who died so tragically, it can be a source of healing and remembrance.   I’m not sure if a memorial like this is even possible but it is amazingly beautiful and affecting. 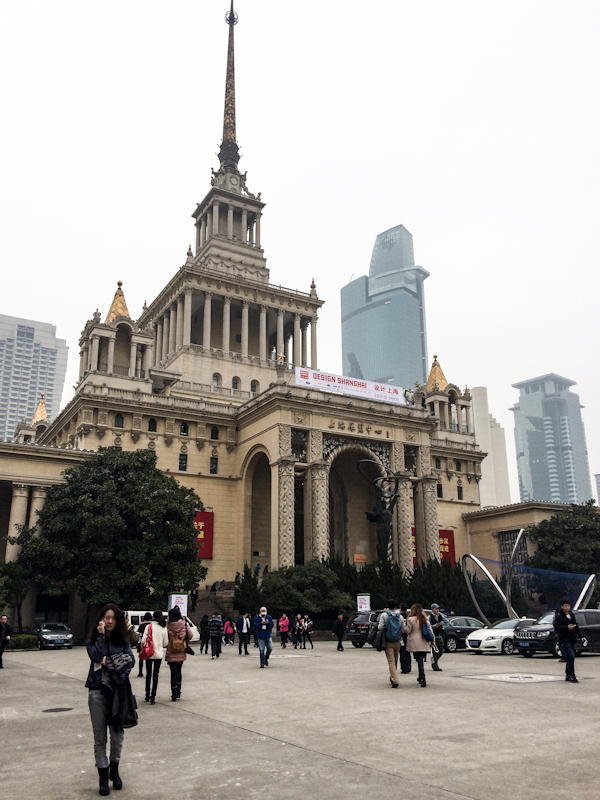 We’ve been a bit quiet because we have been visiting the inaugural Design Shanghai show.   Vendors mainly from Europe attended with a few local designers thrown in.  The halls were split into contemporary and classic design with quite a variety of vendors thrown in- from furniture to lighting to rugs and wall coverings.

We were thrilled to meet so many inspirational makers.   It seemed to be a big success, if attendance was anything to go by, with not only buyers attending but also many students and lovers of design.