We upgraded (!!!) the software on the webstore and you can see it is not quite right!   The site is working correctly, just not looking as beautful as is should be!  We are working on it and hopefully it will start looking good in the next couple of days. 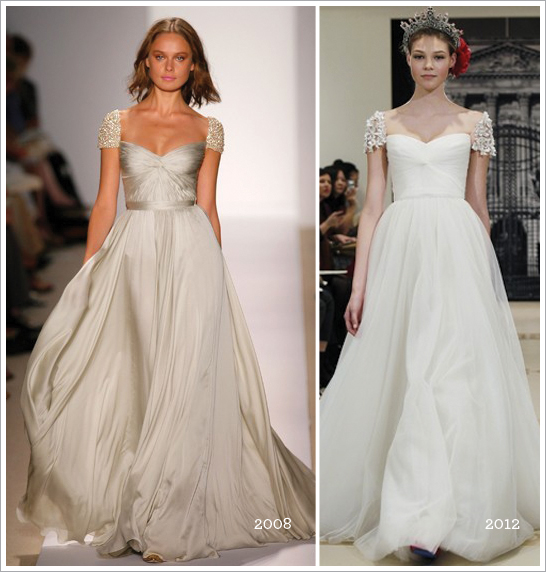 If I ever needed a couture gown I think  I might visit the atelier of Reem Acra.   The Beirut born designer does not only make some of the best red carpet attire around but has beautiful taste in interiors too.

I always love  interiors full of personal things that have meaning to an individual.  Acra’s interior is a great example of this.  It is clear that she is a master of colour: mixing greens, reds, purples, gilt and blacks with assurance.   If you look at her dining table, each piece of tableware, from the cutlery to the table itself is such a personal choice- with unexpected details like the little Buddha candle lamps.

It makes me want to take a trip to Turkey or Lebanon to start collecting! 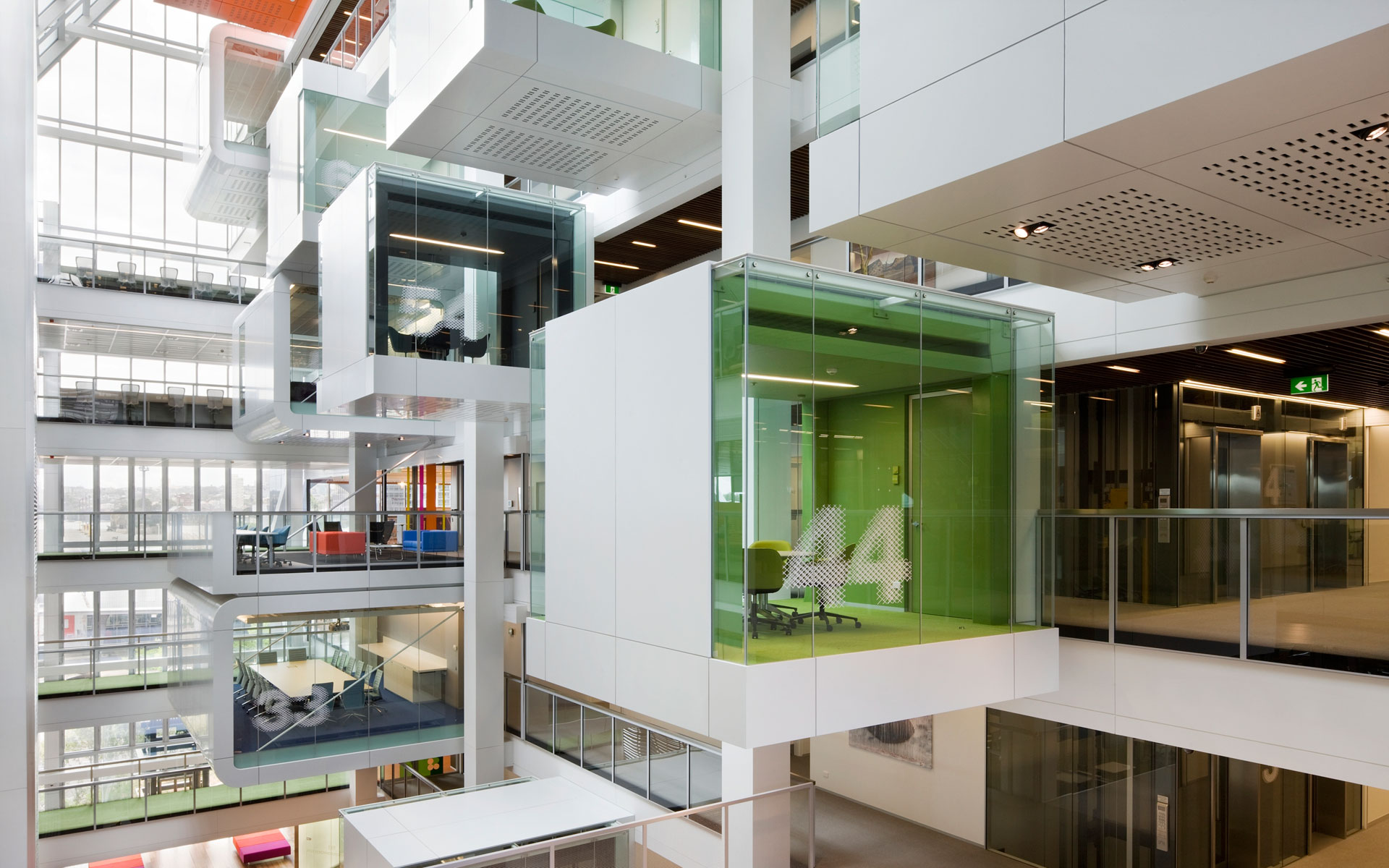 If you have come into the store, you will realise that we have quite a few people working in a limited space.  Our space has to be flexible and able to cope with a number of workplace tasks: from operating as a store, to our interior design consultancy to administrative tasks.  I am lucky to be the kind of person that can work quite efficiently with lots of interruptions, and have most of my work saved in the cloud or on my laptop & notebook.   We are prime candidates for an Activity based Workplace (AWB).   This is even more relevant here in HK, where physical space is at a premium and giving everyone their own dedicated space is a bit of a luxury.

Activity based workplaces (AWB)  are a growing trend in workplace design that seems more prevalent in large companies but should be considered by the smaller business as well.    The trick is here that traditional ownership of a workplace/station has to be forgotten.   There is something in our psyche that makes us want to own our space so AWB can be a bit of a struggle for some. However, once we get away from that mindset, and armed with our own laptop or cloud based applications, AWB can work in the smallest of spaces.

In addition to a change of mindset, there has been a growing need for designers to design for these flexible workspaces and a whole new set of products have crept into the market.   Here a few. 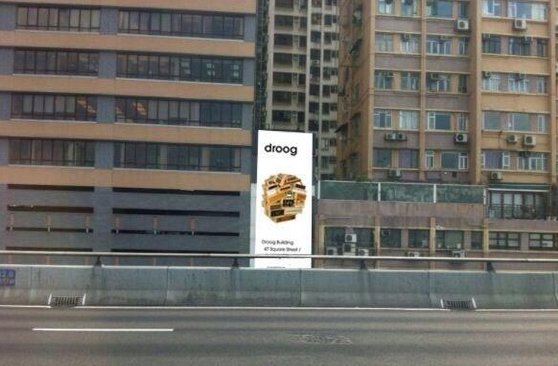 Like me, if you wander around my end of Sheung Wan, you may be interested to see all the stores popping up around the area.   One of the most intriguing is Droog, opening November down the road from us in Square Street.

Droog is a Dutch design company lead by curator and author Renny Ramakers.   They work with designers from all over the world producing quirky designs for the home.  Hong Kongers are going eat this brand up as we know locals will love the witty and fun designs.    Droog also has a very cool hotel, more about living than sleeping, that  you can visit (or even stay at) in Amsterdam.   Some of the products that I am sure  they will be selling will be products used in the hotel.  Fun door hangers , cups and saucers, vases and homewares are some of the products they have released to the public.

I am hoping that the store will be similar to the one they have opened in Soho in NY.   They have a much smaller space here in HK but hopefully the story can be told just as well.

Fendi Fantasia Platforms
Cool...cufflinks one bond st
Bedside tables and all that...
Cool...the latest from HAY 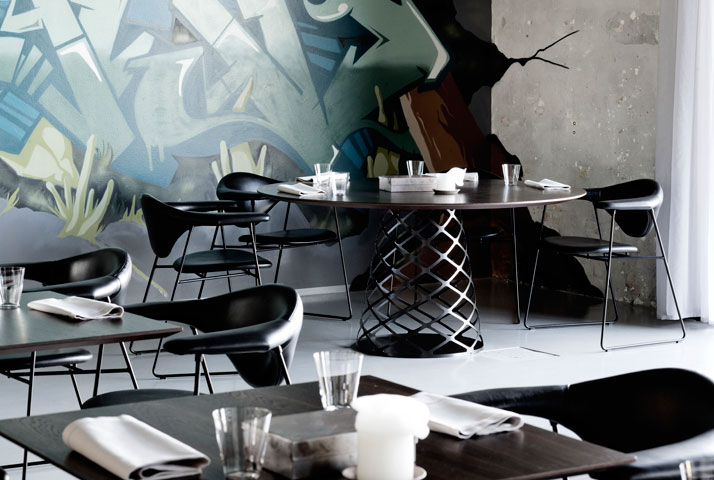 Orlando has worked, not only at NOMA, but in restaurants such as Le Bernandin, Le Manoir aux Quat’ Saisons and Heston Blumenthal’s Michelin three-starred restaurant, The Fat Duck.   I guess the food there is going to be yummy!

But this is a design blog, not a foodie blog (though any readers who know me or have read my blog will probably appreciate that delicious food plays a great part in my life) and the design of the restaurant is as Danish and sophisticated as the food is meant to be.

Some of my loyal customers will recognise the multitude of GUBI Bestlites hanging from the ceiling.  I like the way that they are hooked into the sides of the beams with the cables hanging loose.     The  GUBI design team headed by Jacob Gubiand Senior Designer Sofie Brünner transformed the shipyard space into a dining space that emphasises simplicity and informality.  The palette was kept simple, all metals were painted black and the palette was restricted to a natural green with touches of grey, to connect the outside with the inside.   My favourite pieces from GUBI’s collection is the use of the Aoyama table and the elegant Masculo chairs.

Though only 2 months old, the restaurant has already become world famous- of course for its food, but the interior probably is helping too. 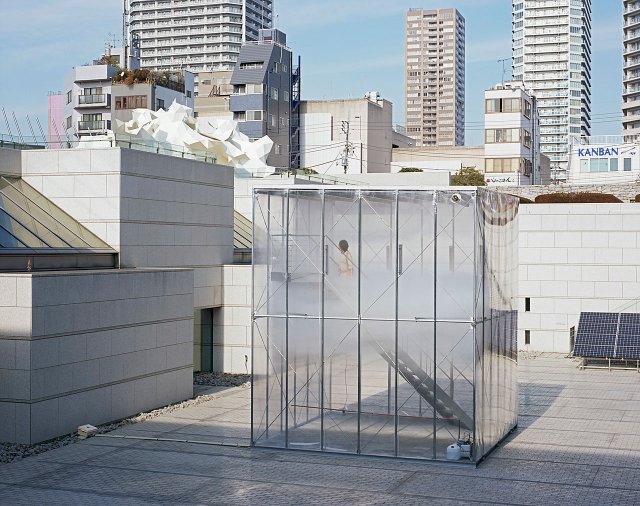 The clouds are finally clearing in Hong Kong and we are now experiencing beautiful (but hazy) blue skies.   Just in case you are missing those misty days, Tetsuo Kondo Architects have created some clouds for you on the top of the Museum of Contemporary Art in Tokyo.  Created by 3 layers of air, the installation can be viewed at various points around the museum.

Yep, this is what it feels like to live on the Peak!

We’re off to Taipei this week, so check back here for all the design news from this exciting place…. 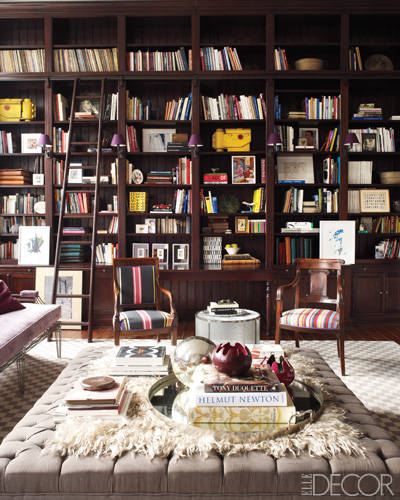 Okay, I haven’t managed to fit in a side trip to Belgium,  but I was pleasantly thrilled to see the title of this  article from Elle Decor about this cute townhouse in Brussels- the home of Anne-Marie Midy and Jorge Almada, the founders of of furniture brand, Casamidy.   Loads of layering happening here in this beautifully period apartment.  The purple velvet sofas are very lush and I love the understated grey rug.   I have always been fond of ottomans as cocktail tables too.

You can really tell the personality of the owners from this interior- they look like they would be fun to know, don’t they? 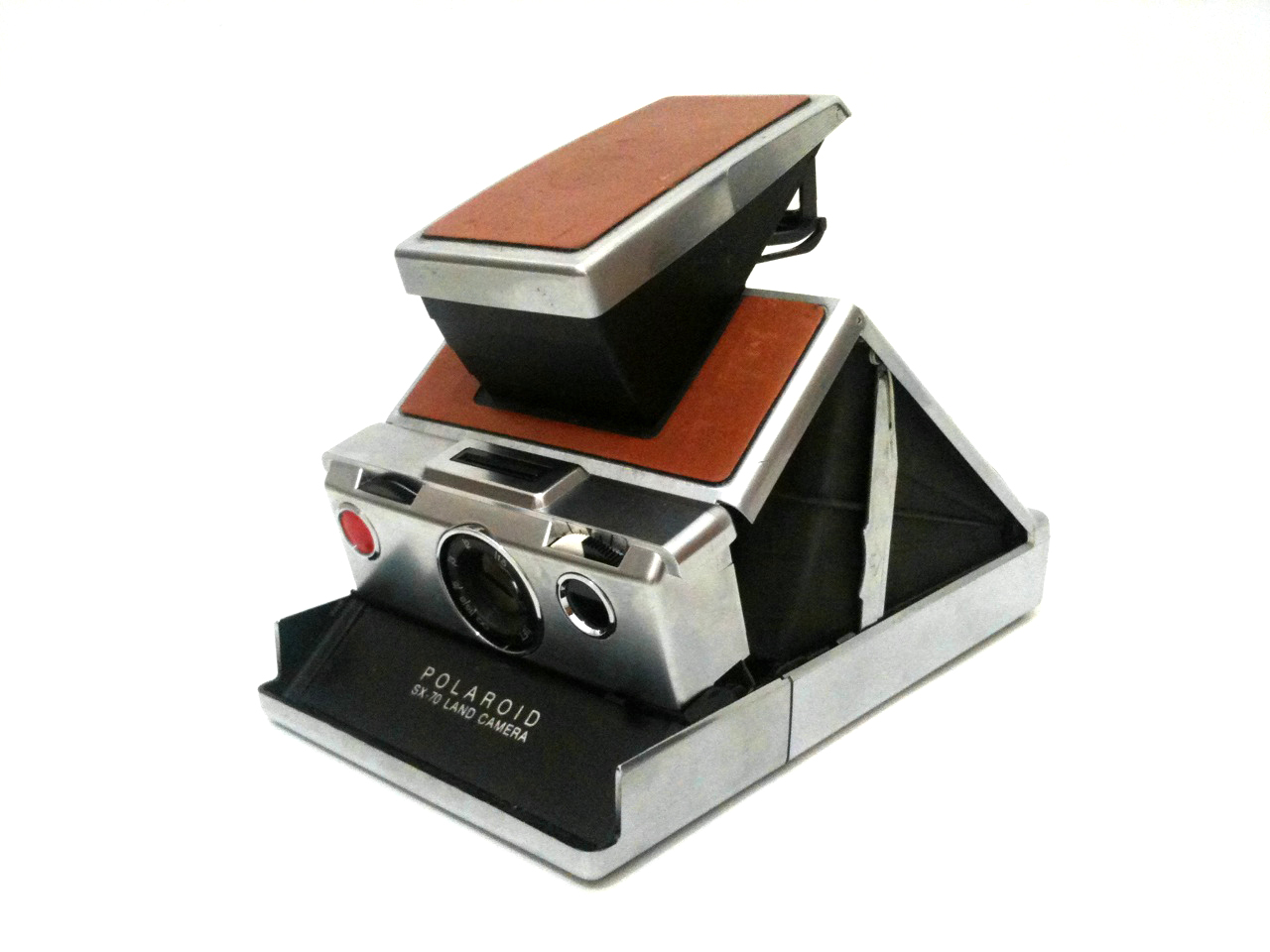 Those of you who follow the blog will probably know that I shoot most of my images with a Canon 5D and a Leica.  You may not know that my third camera is the very old fashioned Polaroid SX-70.   This is a camera that was released in 1972 and produces instant pics  with the 4-element 116mm f/8 glass lens, and an automatic exposure system.  You can get pretty up close and personal with the SX-70 and its a great camera for shooting large images.  I like to divide a scene up in my head and shoot each section separately and put them together like a jigsaw puzzle- great fun!  One of the best thing about using a film camera is you really work on composing your shots, because, of course, every shot counts!

You can pick up  an SX-70 on ebay but I like to head down MINT.   This is a store that specialises in the SX-70 and selling the very difficult to find film.  I use film made by the Impossible project in the monochrome PX100 silver shade cool, but I also love using PX-70 Color protection which is densely saturated.

But enough of this film & camera talk- the best thing about the SX-70 is that it looks great too.  Recently, Mint collaborated with Camper and our favourite textile brand, Kvadrat to produce a limited edition version of this vintage camera.  Covered with a  sexy red version of the Hallingdal 65, I think I would look fine taking my arty shots with this.

Visit MINT at these locations:

You can pick up the camper version at Camper stores in HK.